Translating an explicit, violent, fourth-wall breaking pansexual comic book mercenary onto the big screens was sure to be a challenge. Unlike typical Marvel Comic “heroes”, Deadpool is a chaotic and complicated soul, attracting a more mature spectrum of Marvel fans. The Deadpool franchise has a huge fandom with high expectations, and the 2016 movie is pretty much the best adaption of the character we could ask for.

From the opening scene, director Tim Miller enforces the franchises comedic tone by placing its protagonist in a fish-out-of-water scenario. Deadpool works best in putting the ‘Merc with a Mouth’ with day-to-day activities. Instead of being with a group of mutants (à-la X-Men), Deadpool choses to seek a man from his past on his own. Rather than usual heroic tropes, he’d ride a taxi while discussing relationship problems, or he’d have some laundry difficulties. Little scenes like these bring out the funniest moments in Deadpool.

It’s also worth noting how Tim Miller isn’t afraid to poke fun at the film, licensing rights or pop-culture. In true Deadpool fashion, little quips would be embedded within every scene. Even the darkest and dire scenes managed to let out a chuckle.

Deadpool makes a fantastic origin story for the character, Deadpool. The overburden of origin stories in modern-day blockbusters might make some disappointed with the films origin focus; yet it is a well executed one.

The love story plot is short and comedic. Morena Baccarin plays Wade Wilson’s love interest – the title sequence describes her as the “hot girl” as that is essentially her role. Instead of this role being sexist, it appears almost comedic as the two bond over having sexually traumatic childhoods. 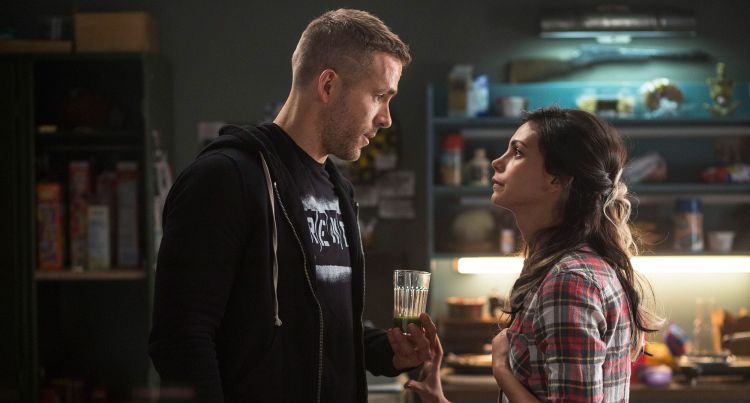 What becomes a weaker element in this origin story is the villain. Ed Skrien does his best attempt as the cliché British villain, yet the character is too underdeveloped. The villain Francis essentially had a feud against Wade Wilson due to Wade’s vulgar humour.

The plot shifts between pre-Deadpool Wade and Wade in his current Deadpool form. Whilst Francis is an ineffective villain, it doesn’t really matter. The shifts between eras is essentially to teach us how Deadpool became who he is today; his motivation throughout the film is to “become sexy again” and win back his love interest.

Deadpool’s script ignores true dramatical developments and instead focuses on creating a feel-good romp. The comedy is hit-and-miss. Some lines work better than others, yet the overall experience will still leave you pleasantly surprised. Actions scenes are violent, gruesome and plainly fun to watch. If you’re a fan of the comic-book genre, then this one is not one to miss.