E3 2014 should be a massive event; with the release of Sony and Microsofts next generation consoles and the Wii U and 3DS for Nintendo still without the need for an upgrade, we can only expect that the ‘Big three’ are going to have a primary focus on software and not hardware. In addition to other publishing companies, this years E3 should hopefully provide a exciting line up for games!

Here at yBaX Start, we’re taking a different approach to other gaming blogs. Due to still being a one-man team, instead of trying to fluster as much information from the conferences as I can and live posting and such, yBaX will provide a full analysis on my personal judgement of successes and failures in this years E3. So for now, you may be wondering where exactly to get all the information of these events today from?

The Xbox.com website is providing a live stream for users, which is a simple form of streaming the event and finding out what Microsoft have on offer. Alternatively, the website clearly states the other options of watching it on “your Xbox, on Spike TV,
or with the Windows Phone app.”

I’d also refer you to popular gaming blog Kotaku who are hosting a live blog for the session. They provide great insight and commentary of the events and would be interesting for you guys to check out.

The E3 page in EA also conveniently  provides a live stream to watch the E3 conference. Last year I personally found the EA conference to be the most impressive and interesting to watch; so it’d be interesting to see if EA can retain another successful year in E3.

Once again I’d also refer you to the Kotaku live blog for a live feed of what’s happening with EA.

Ubisoft have both a Twitch AND Youtube account in which the stream will be available to watch .

Now that Ubisoft have released their majority hyped game ‘Watch Dogs’, it will be interesting to see how Ubisoft have set themselves up for their next upcoming games to continue on an impressive legacy.  Presumably, the two Assassin Creed games may play a major part in this years E3 from Ubisoft (although later on I’m writing an article explaining why I find this disappointing).

Once again I’d also refer you to the Kotaku live blog for a live feed of what’s happening with Ubisoft.

The official Playstation account on Ustream is the main source of watching the conference.

Sony has to share their conference time with both the Playstation 4 and provide it with more games which it so desperately needs and the Playstation Vita in continuing to advertise it and convince people that the Vita should be played over the 3DS and smartphone games. What will be interesting is if Project Morpheus will appear in the conference and seeing more on how Sony will implement it with the Playstation 4.

As previously mentioned in the other sections, I’d also refer you to the Kotaku live blog for a live feed of what’s happening with Sony. 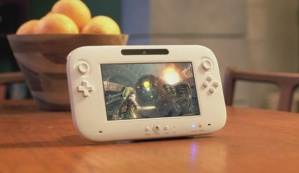 The livestream for Nintendo can be seen at the official website or the Nintendo Twitch account. There’s the main Nintendo Direct stream and there’s also a Nintendo Treehouse showing the game demos being played by others.

Nintendo also needs to introduce a list of brand new games particularly for the Wii U, hopefully including games from Retro Studio and perhaps even newer IPs in addition to the familiar Nintendo IPs we all know and love such as Super Mario and Legend of Zelda. I’d like to see how Nintendo presents themselves in assuring people need to buy the Wii U after the success of Mario Kart 8. Of course there’s also the 3DS which has been successful in the past and has a huge fan base who are hungry to see some new games too.

You guessed it! I’d also refer you to the Kotaku live blog for a live feed of what’s happening with Nintendo.